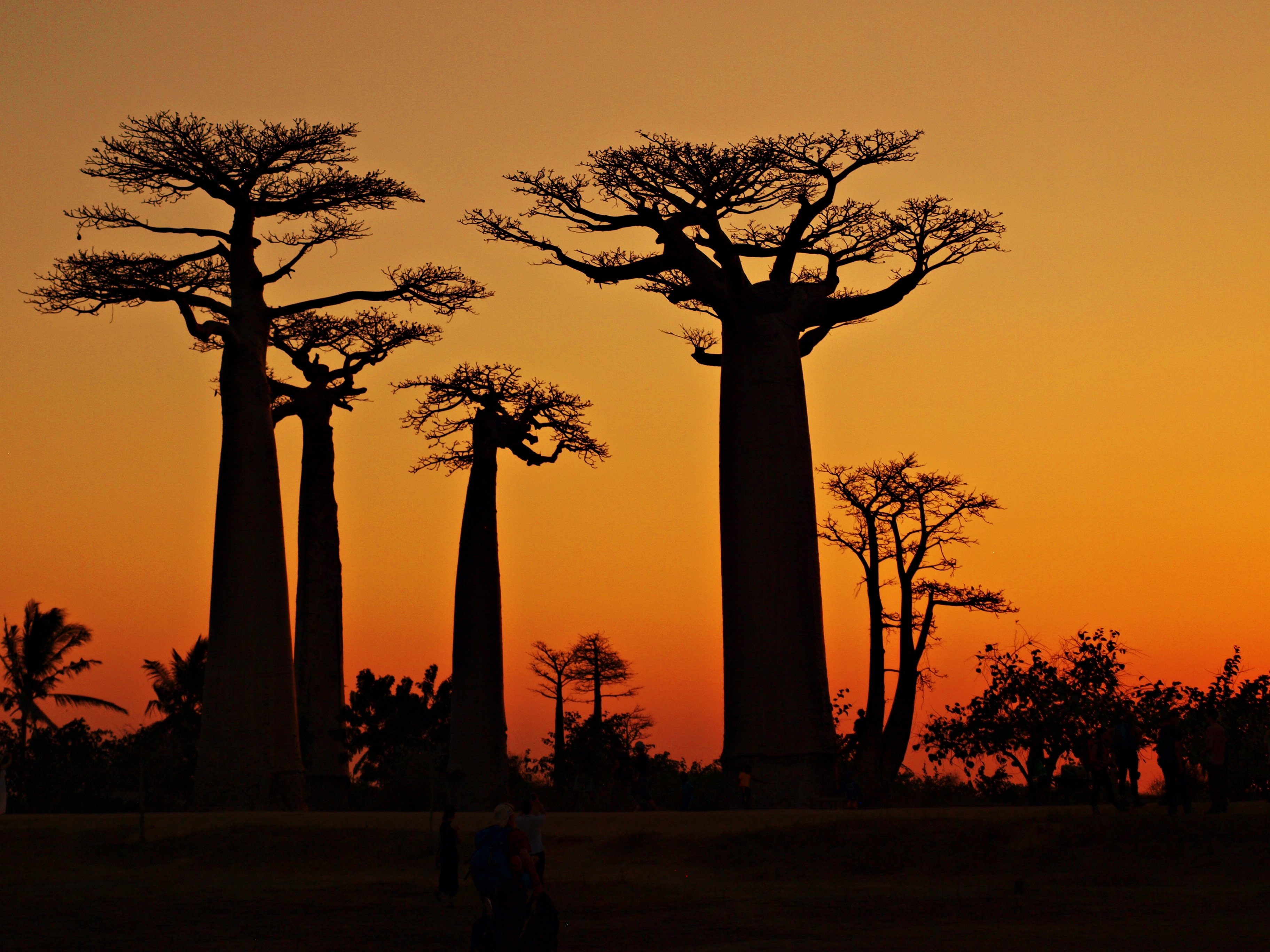 The other days were tiresome. We were in our car three days, several hours every day. We went from Isalo National Park through Fianarantsoa to Madagascar’s second largest city Antsirabe. Then we went to the city Morondava in the west coast. We stopped several times, for example in the mentioned cities or in Anja Reserve, but some people were broke because of the travel and had nightmares about the car. 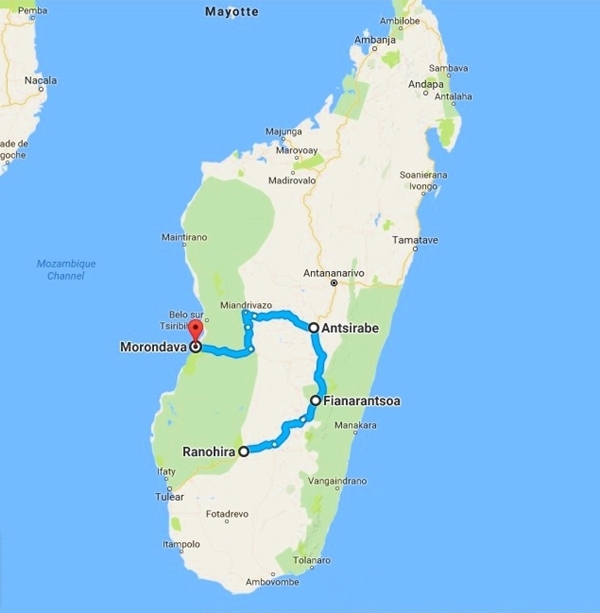 I think that this island is not for everybody. If you want to see many places of this great island – the fourth largest island in the world, you must travel a lot (or just look a documentary movie 🙂 ). 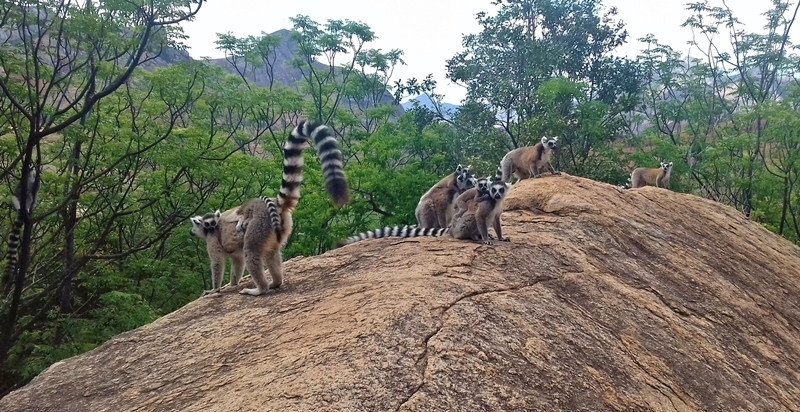 Scorched country, rice fields, sometimes some brickwork and poor, muddy villages are the most common scenery in Madagascar. Some people had enough of this things very early and they were looking forward to go home. They were waiting for something different, for example many rainforests everywhere that are full of life, but the common reality is not like this.

Other people had a totally different opinion. It was really very interesting and unique for them. They knew that they could see a way of life that you can not see anymore in many parts of the world. You can go back a few centuries ago in many villages when people didn´t heard about electricity yet. History can be right in front of you there. And scorched country? Maybe, but still very interesting with beautiful views and with endemic nature in several protected areas. This is my opinion too. 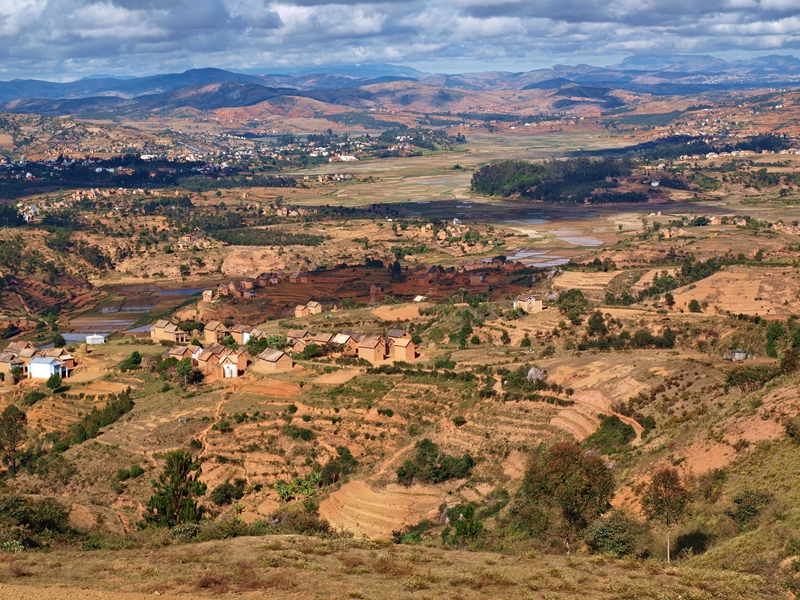 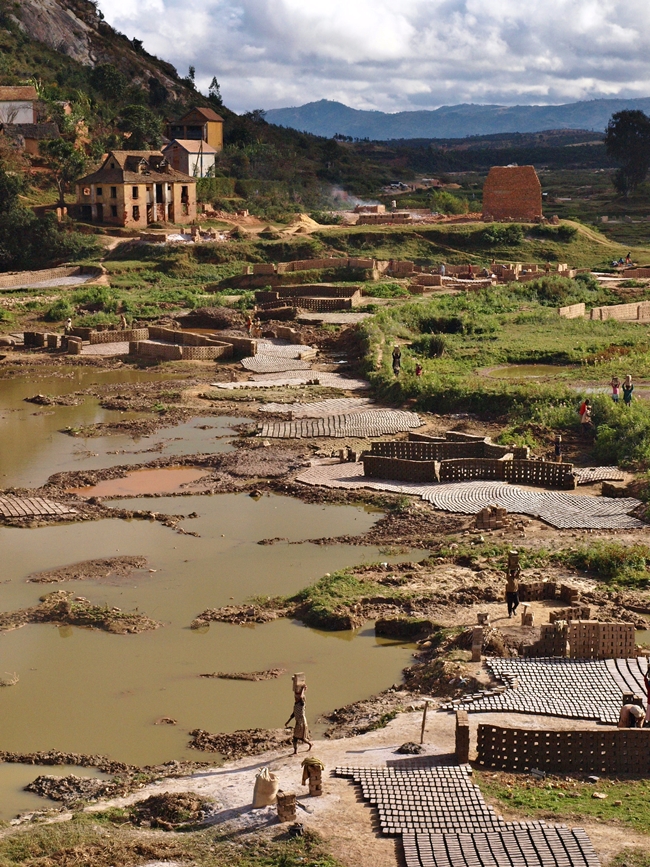 Some people were waiting for many rainforests everywhere that are full of life, but the common reality is different: 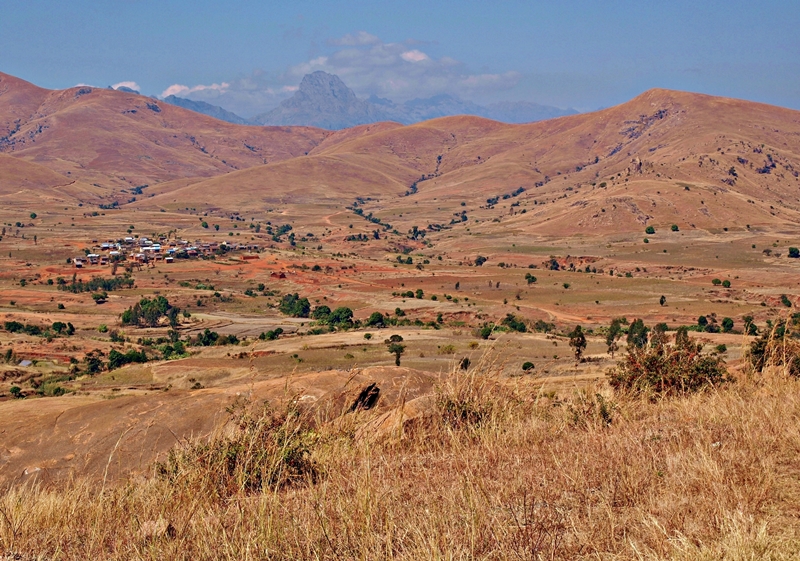 We also tried to eat local street food in Antsirabe (one more time: the second largest city of Madagascar). These streets with a local kitchen are not so tempting for everybody. Of course, 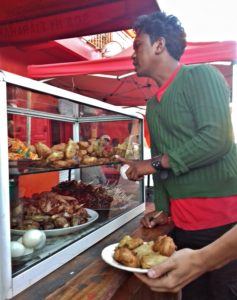 some people were afraid that they will be infected or something like that but some people were different again. They welcomed this plan to eat on the street – try a local food with a local people.

Very popular Madagascar street food is sambosa, or other names for this specialty – samosa, sambusa. You can also find this food in other countries of Africa, in the Middle East or in India. It is minced meat (from zebu, lamb, chicken or fish…) or minced vegetables that is fried in a triangular shape. 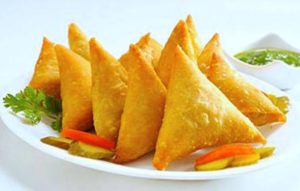 We also tried something like sweet dumplings but my Madagascar street food winner is fried banana, which one lady prepares in the corner of the street in Antsirabe. It’s really delicious. I love bananas, so this street food is created for me. We gave 300 ariars for one fried banana, so less than 10 cents. I tagged where you can find this banana lady:

Unforgettable is also local street shoe sales. Do you want shoes of Maserati or Ferrari brand? It is not problem here.

The longest transfer (+ – 10h) was from Antsirabe to Morondava. Nothing amazing for those who already dreamed the nightmares about the car. Good advice from me: Before you pick a trip from a travel office, read the program and try to wonder if it’s a tour for you or look for something else.

The main goal of this long journey was Avenue of the Baobabs near Morondava in the west coast.

Let me say that you do not find more beautiful baobabs or trees anywhere in the world as there! Beautiful baobabs, kind: Grandidier’s baobabs, stand along the local route: 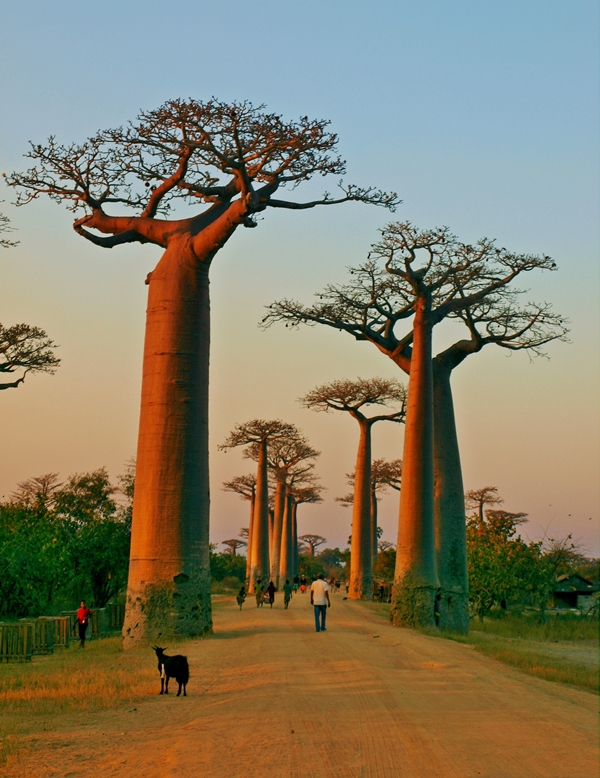 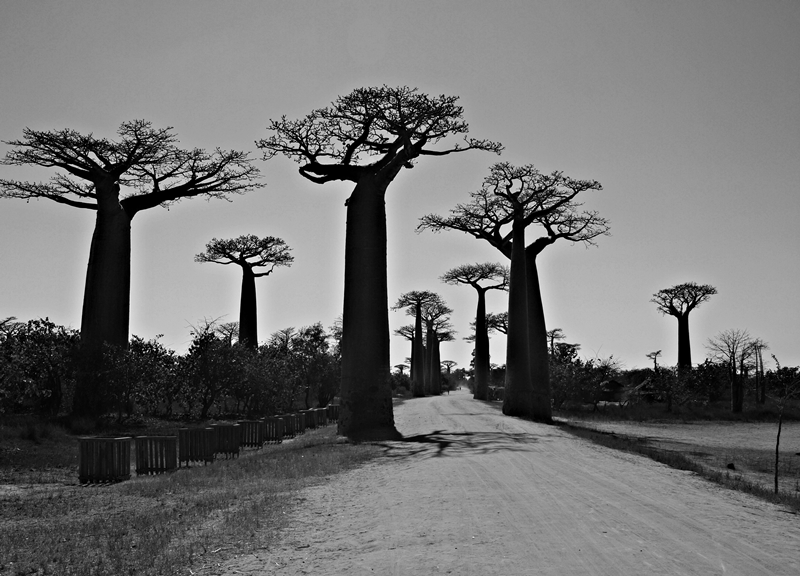 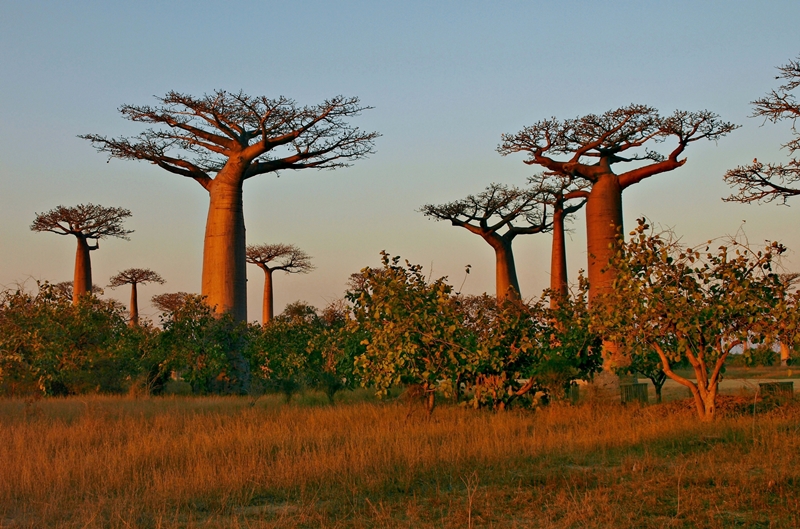 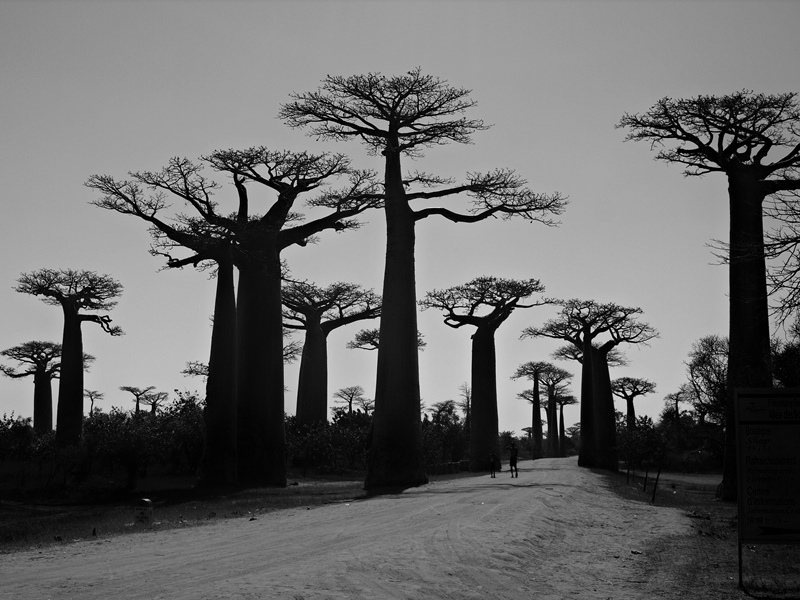 Baobabs behind rice fields have their own charm too: 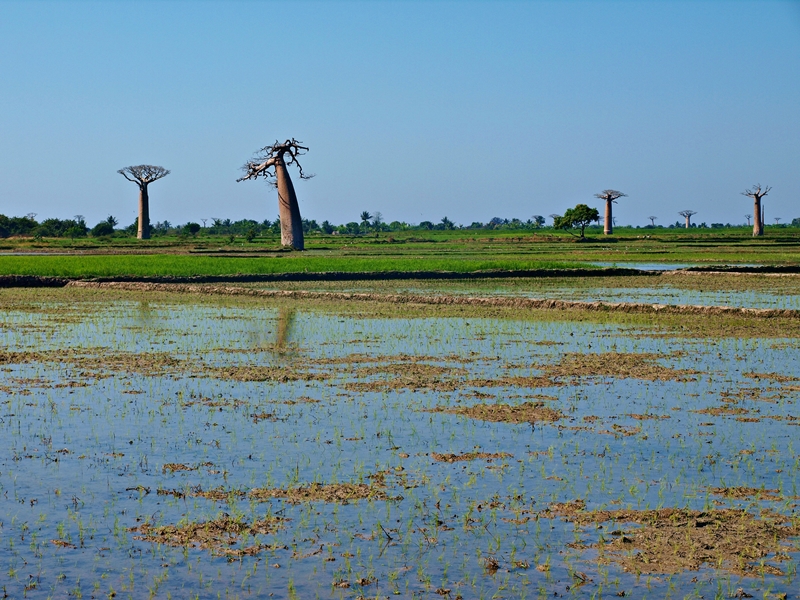 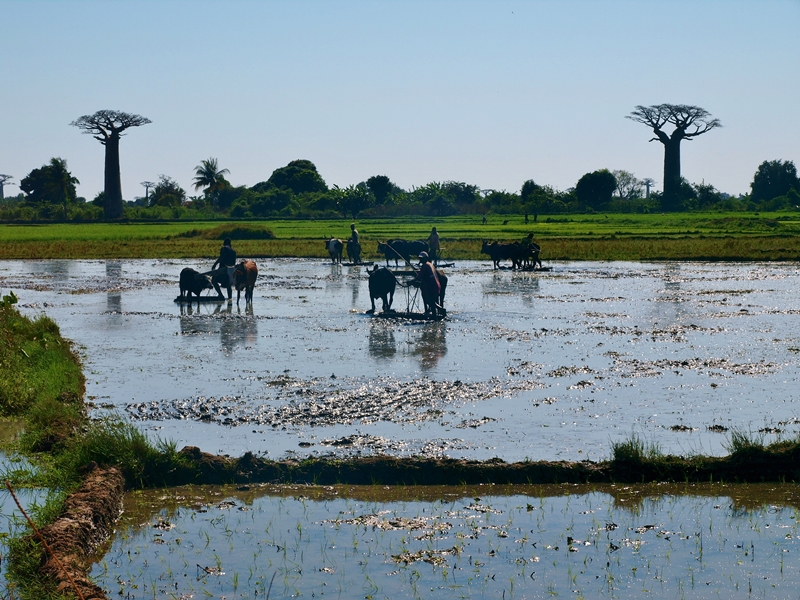 Dozens of tourists come here before sunset because they do not want to miss this unforgettable and beautiful scenery. 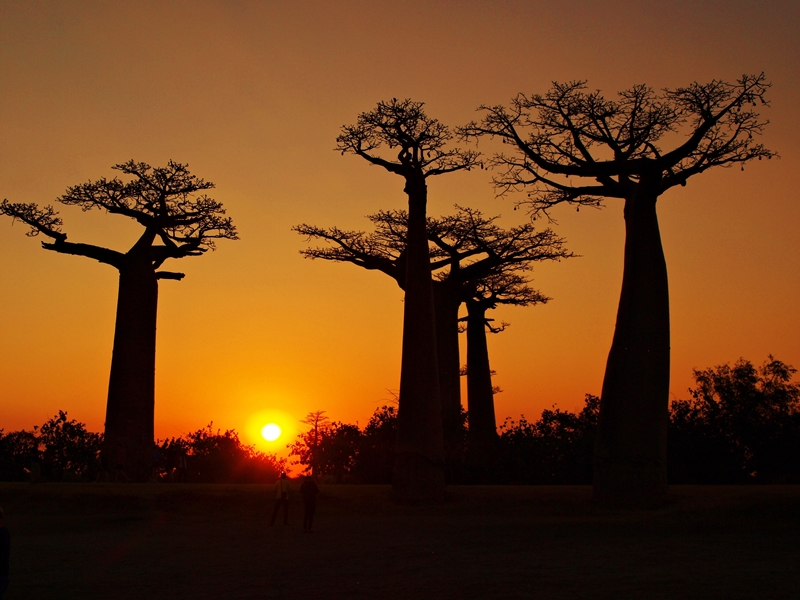 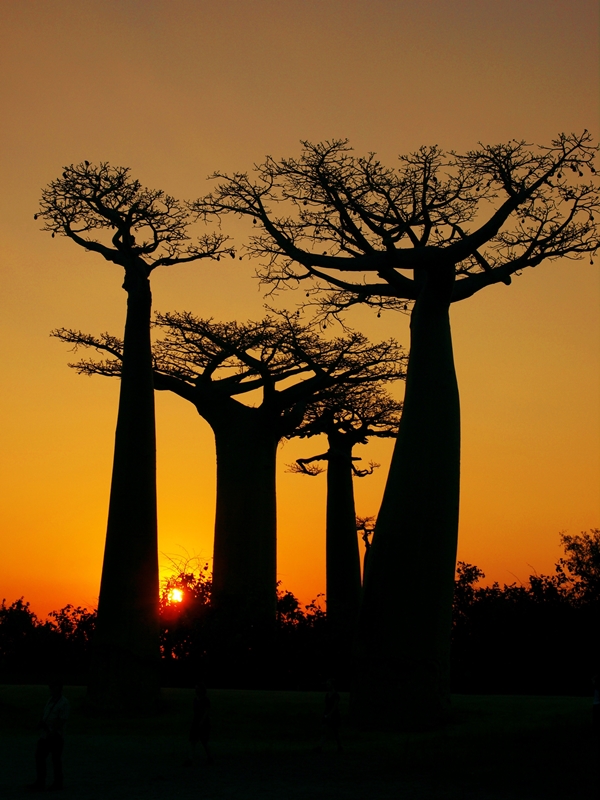 Tourists attract local children who are not so much intrusive and not dangerous, but I dind´t see more tourist spoiled children in this island. „Photo with me? Money! Money!“ They try… 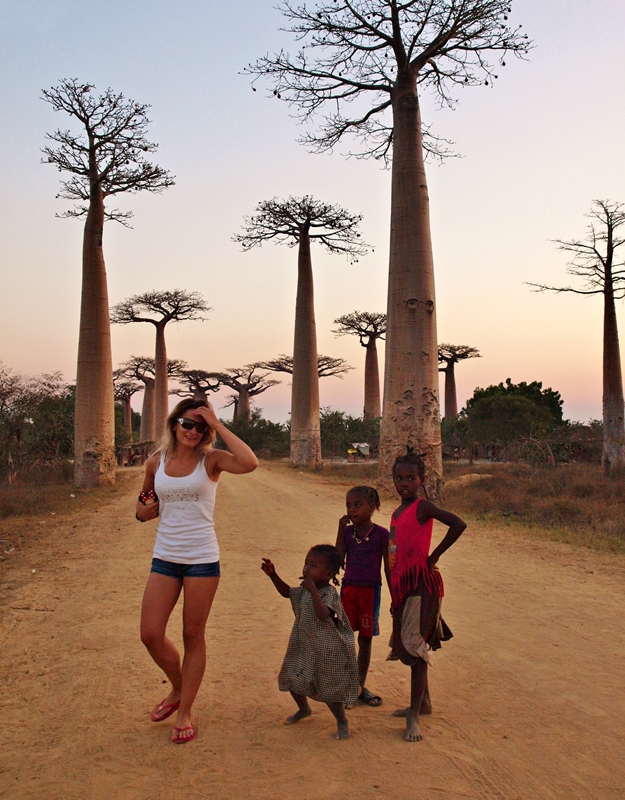 In addition to the unique Avenue of the Baobabs, we also visited the nearby Kirindy Forest. Madagascar has the dry season during this period – June, July, August. The forest is dry and the leaves of the trees are on the ground. The forest looks like a dead forest, like a forest in our European late autumn.

We found a bit of life there: our well-known friends – brown lemurs and sifakas. But undoubtedly the best (photo)catch of the day was the fossa. It is the largest mammalian carnivore on the island. Lemurs are fossa´s favourite food. This unique endemic predator was just a bit from us, about 2-3 meters. We are too big to be a feed for this animal, but be carefull because it can jump 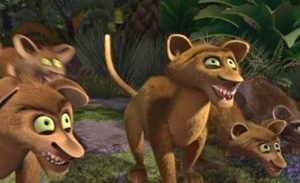 on your neck and hurt you. We saw that the local guide was nervous because of the small distance between us and the fossa. He told us not to go closer to the animal. You maybe remember fossas from Madagascar cartoon, at the end of the first part. And this is how the fossa looks like in reality. The largest mammalian predator in Madagascar. I really hoped that we found this interesting animal.

We went from Morondava to the capital city Antananarivo, but this time with a small plane. It wasn´t cheap. The price of the ticket is several hundred euros but some people would pay thousands as well, just to avoid having to sit in the car during the next day. We could see beautiful bays, The Mozambique Channel … and Tsingy – karstic limestone plateaus that is a UNESCO World Heritage Site. Everything was under us and we could see it as a birds. Perhaps the most beautiful flight of my life. It would be a quite pity if I didn´t public these photos: 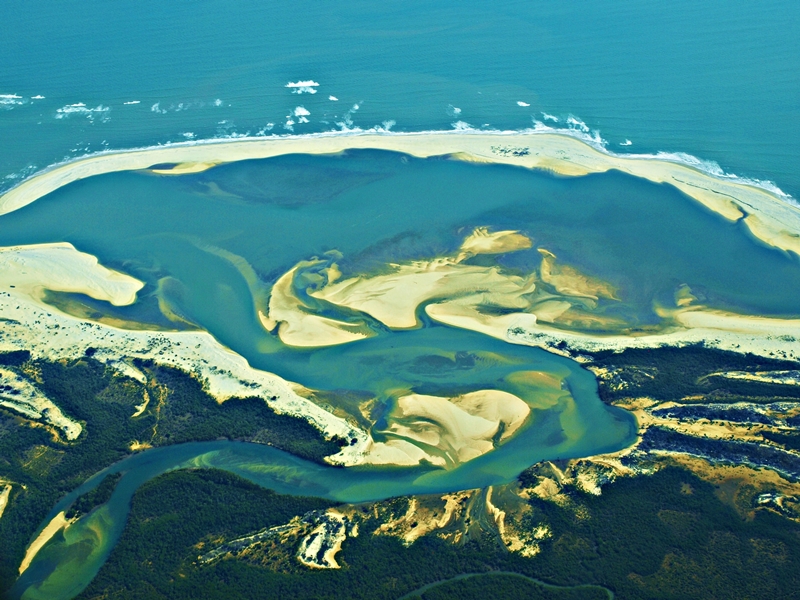 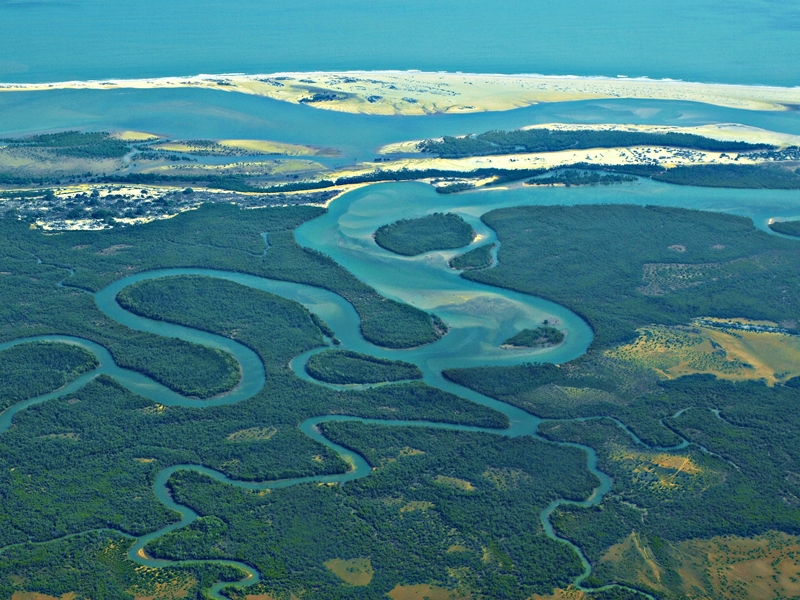 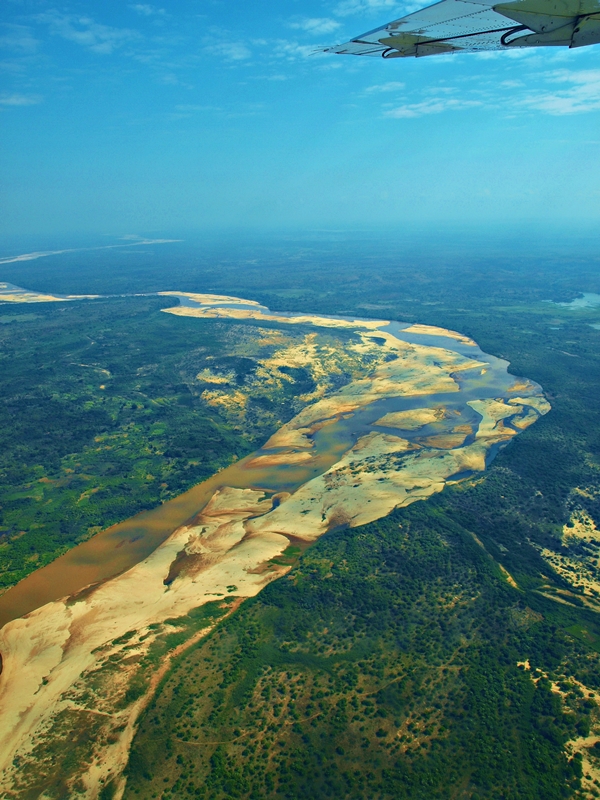 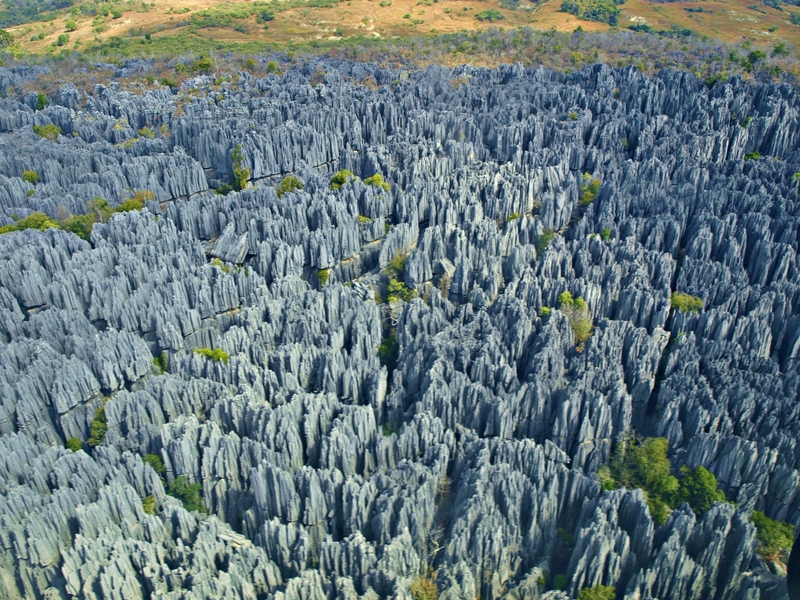 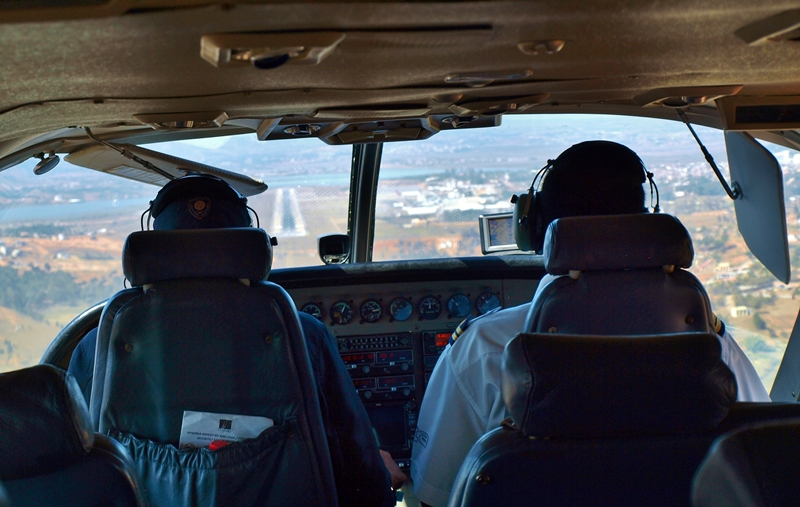 The flight took 2 hours and we landed in the capital city. But Antananarivo was in our pragram later. We had to go to the Analamazoatra Reserve that is part of Andasibe-Mantandia National Park. We didn´t go through the city center but leaving the capital city took more as one hour. This is very typical for Antananarivo. The city are cluttered by cars – the indispensable part of Antananarivo! 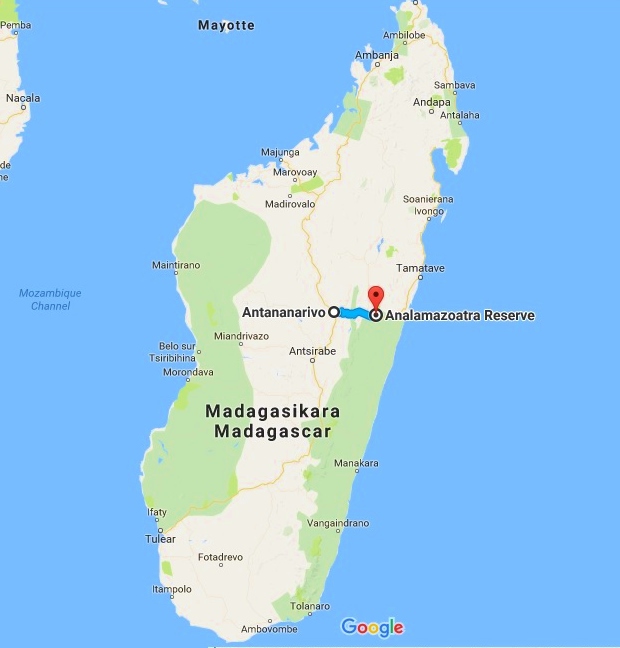 The east of Madagascar is more rainy than the western part of the island where we were before. The difference is very visible. Exhausted landscape is gone. We came to rain forests.

The journey from the capital city to the Analamazoatra Reserve lasted three hours because of trucks. Some people didn´t want to see the car next months. Not so soon. We had to go back. 😀

Again, why? Why you choose a trip where you will be in a car for a long time when you have trouble being in a normal car 2 hours?

We slept in nice small houses near the Analamazoatra rainforest (one more time: it is part of Andasibe-Mantandia National Park). Short time for rest.

The rainforest and the search for the largest lemur of the world await us the next morning. Not only that, we’ve seen dozens of crocodiles and a few other kinds of cute lemurs jumped on our heads and arms. What do you want more from Madagascar. 🙂

IV.: The best day and world where „women“ rule ♛

One month in Madagascar IV: The best day and world where „women“ rule ♛

This weekend will be not forgotten ☺️ - 3 days